The following is a lightly-edited transcript of the video presented above:

Lori Droste: I don’t see how people can say that they’re climate leaders and favor parking at this point.

Tony Jordan: Hi, I’m Tony Jordan from the Parking Reform Network and that was Lori Droste city councilor in Berkeley, California. Since 2015 Lori has been working to eliminate car parking requirements in Berkeley and on January 26th city council will make their decision. I recently spoke to Lori to find out more about what they’re doing.

Lori Droste: So, we have the planning commission proposal which eliminates off-street parking minimums for all new projects except in sort of the dangerous hillside region and in areas where the road is less than 26 feet. And then we have our staff recommendation which eliminates off-street parking for new projects with 10 or more units. And then we have another council member [who] floated a different proposal.

Tony Jordan: I asked Lori how she came to propose these reductions and here’s what she had to say.

Lori Droste: I had done a lot of research around what makes housing so expensive. So I went at it actually from that point of view, about why it costs so much to live in California, and actually throughout the United States this is an issue. It didn’t make sense to me that we were mandating parking when people wouldn’t necessarily want it. So, I really sort of pushed this measure forward during a time when when people weren’t really talking about parking and how it relates to housing costs. And of course there are huge climate issues, too, that are associated with parking.

Tony Jordan: It’s common for cities to tie parking reductions to other mandates like affordable housing. Lori says this is the wrong way to frame the issue.

Lori Droste: You know that’s sort of akin to saying “all right, well you have asbestos in this building, so we’ll remove the asbestos if you give us something else.” The idea that parking is at all a net benefit is ridiculous and if people want to have parking then they need to justify why they should have parking. We see the impacts that has to our climate. We see the impacts it has to housing affordability.

So that conversation has changed a lot over the past few years whereas before it’s sort of framing it as a giveaway to a developer: “well okay, you can take away your parking but you have to give us something for it,” and now the conversation is: “this [car parking] is not good for our society, period.”

Tony Jordan: I think that Lori is right, the conversation has changed in many cities and here’s why she thinks that’s happened.

Lori Droste:  So now we see a significant amount of young people coming to meetings saying there’s a connection here, there’s a connection between our housing costs which are burdened by parking. There’s a connection between climate change and parking. I think that the tenor has changed because there’s been a lot more younger people involved in our meetings and people really seeing this issue play out on our streets. Literally seeing homeless people sleeping on the sidewalk and saying: “okay we need to do something about providing homes for people as well.”

Tony Jordan: What’s Lori’s advice to other parking reformers who want to eliminate car parking mandates in their cities?

Lori Droste: Really making the connection between climate change, for instance, and parking. There’s a lot of evidence around that connecting people around housing costs and parking.

And also revenue for cities, right? Parking is dead space. So we’re able to get a lot more revenues for cities to institute or augment newer existing programs; so I think really focusing on that. Also I think the language around it needs to be clear so we’re just saying we’re not going to require you to build spaces you don’t want to build.

Tony Jordan: Lori mentioned several times in our conversation that they are proposing eliminating parking requirements not banning parking. Some of her constituents live in the Berkeley Hills, where narrow roads and windy streets combined with fire risk to pose specific hazards. She stressed that the city has been thoughtful and deliberate about the particulars of this policy and argues that reducing car parking requirements isn’t a radical thing at all.

Lori Droste: I really tried to make this a policy that can resonate with every resident of Berkeley, because it’s actually good policy. There’s this idea this is something really extreme and ideological and only for people who take the bus or who ride bikes and what I’m trying to say is it’s not. This is the future. We need to imagine how we want to create a city not for just now, when people are driving, that’s [still] true. A lot of younger people aren’t [driving now], but we have to also envision our cities in 50 and 100 years.

Tony Jordan: Berkeley city  council will hear these proposals on January 26th here’s how you can weigh in.

Lori Droste:  Well, I certainly would recommend writing in to council@cityofberkeley.info and saying that you support our planning commission’s proposal. That is the most progressive parking recommendation of the three and that eliminates off-street parking minimums except for those very treacherous hillside regions. We also have parking maximums on the plate as well. We have a really robust package and I think our planning commission did a really tremendous job.

Tony Jordan: I hope you found this informative. If you’d like to support more interviews like this and other resources for parking reformers join the Parking Reform Network at parkingreform.org/join. 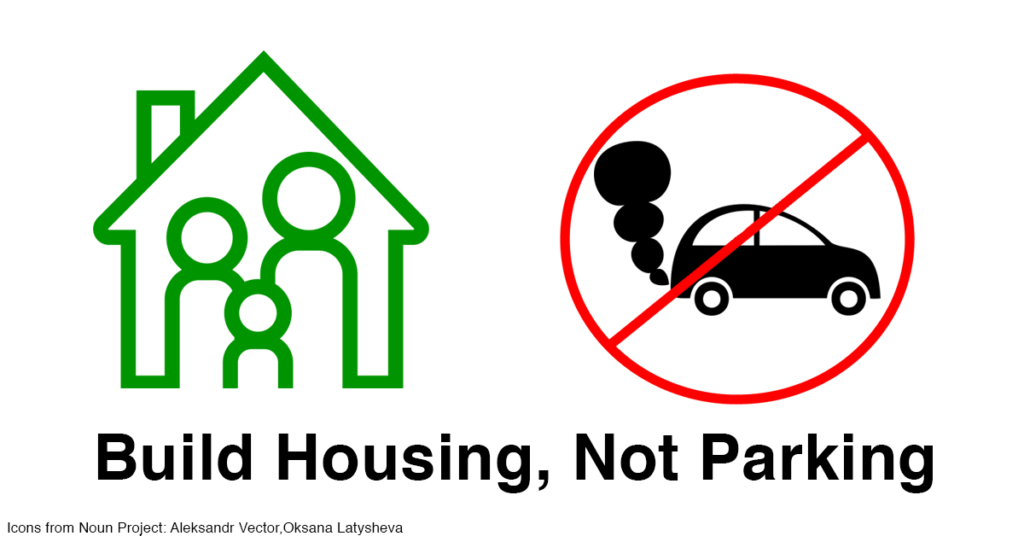 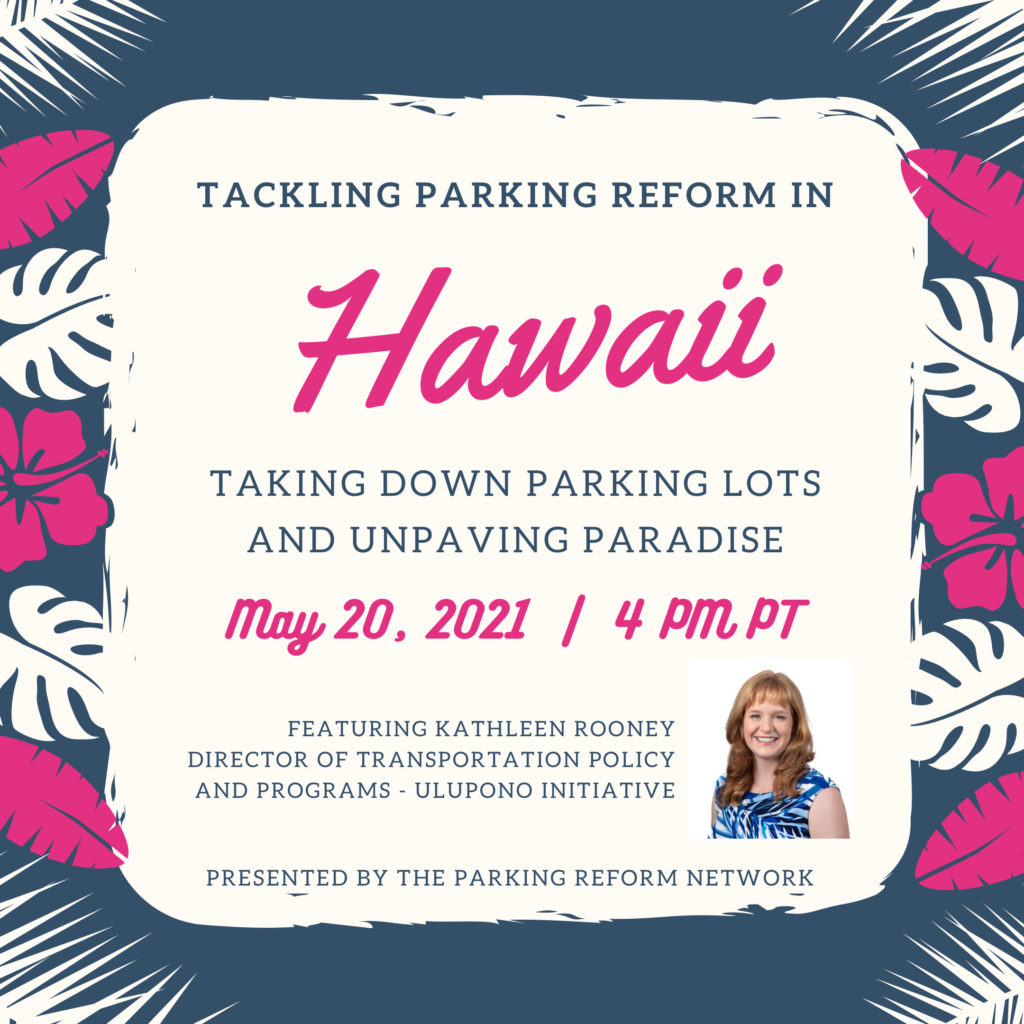