Portland recently passed a landmark residential zoning reform eliminating “single-dwelling” zones by re-legalizing fourplexes (and below-market rate sixplexes) nearly everywhere in the city, and no parking at all is required for any of these new homes.

The Residential Infill Project was very controversial and took years of dedicated organizing to become a reality, but, astonishingly, the elimination of parking requirements came under relatively little scrutiny as the project made it’s way through the political process. At a public hearing in January, testimony mocking the cognitive dissonance of opponent’s simultaneous demands for affordable housing or tree preservation, but with ample parking for all, drew belly laughs from the Commissioners present. Surprisingly, among the amendments offered by the one Commissioner who ultimately opposed the project, there was no proposal to add parking requirements back.

It seems to be true, as Mayor Ted Wheeler said at a hostile neighborhood meeting in May 2017: “The debate: Parking vs. Housing? It’s really over.” Portland planners may be more likely to open emails complaining about excess parking than too little of it. The story of how that happened goes back more than a decade, but the lessons learned can help you end the debate between parking and housing in your city.

Portland has a history of innovative parking reform. In the 1970s, Portland was one of a handful of cities which reduced parking requirements in their central business districts to combat air quality problems.  In 1975, Portland imposed a cap on the total number of parking spaces allowed Downtown, a cap that remained in place for decades until it was replaced by maximum parking ratios.

In 2002, City Council continued to push the envelope when it eliminated minimum parking requirements for apartment buildings built within 500 feet of frequent service bus lines. But a few years later, an effort by Commissioner (and future Mayor) Sam Adams to convince merchants on Portland’s trendy Hawthorne Blvd. to accept parking meters on their street was met with serious resistance, and the plans were shelved.

Coming out of the Great Recession, Portland saw a development boom on SE Division St., a corridor which had been somewhat leveled in anticipation of a planned freeway in the 1970s. Mid-rise apartment buildings popped up in rapid succession on this formerly sleepy semi-industrial street and none of them had any on-site parking. Similar development was happening in a few other neighborhoods in Portland, and the people living in single-dwelling zones on nearby blocks were getting more and more angry about it.

Phone calls and angry emails flooded into Commissioner’s offices. People packed neighborhood association meetings demanding that developers build parking in these projects. The city had no effective on-street parking management solutions at the ready and, despite an op-Ed from Donald Shoup himself, in 2013, City Council re-imposed minimum parking requirements for new buildings with more than 30 apartments.

At the hearing to approve the new minimum parking requirements, dozens of Portlanders testified against more car parking. Advocates had an ad-hoc email list and turned out thoughtful folks to show up at City Hall, but this effort was loosely organized and the angry neighbors had the momentum.

In 2015, Tony Jordan (the author of this article), set up a website at https://pdxshoupistas.com/ and founded a dedicated parking reform advocacy organization which would eventually be called Portlanders for Parking Reform.   This group served to keep parking reformers informed about the progress of parking policy projects and opportunities to send in testimony or show up at planning commission meetings.

Parking is important because it has impacts on so many aspects of city life. If someone is advocating for safer streets, climate action, abundant and affordable housing, tree preservation, active and equitable transportation, fiscal responsibility, or more vibrant business districts, then that person has a reason to support parking reforms. But, like most people, advocates for those causes have rarely considered how much parking costs, why we have so much of it, or how that relates to the issue important to them.

Portland Shoupistas (later Portlanders for Parking Reform) met with leaders from these organizations like bicycle advocacy groups, tenants rights organizations, and even neighborhood associations. Educating these potential allies on the problems caused by parking requirements made it much easier to ask for their support when parking policy came back to city council.

Building a Coalition and Turning The Tide

By this time, the housing affordability crisis affecting many American cities was hitting Portland hard and tenants around the city were organizing to fight rent increases and evictions. Portlanders for Parking Reform was able to build on the outreach to potential allies and organize critical support and testimony from tenant’s rights organizers who warned commissioners against approving any policy which would increase the cost of new housing during a housing crisis.

Testimony against the new requirements was 2:1 at the hearing and the city declined to expand the requirements to NW Portland. Commissioners noted that existing parking permits in the neighborhood were “woefully underpriced” and directed the neighbors to pursue stronger parking management practices.  Today the neighborhood has a mixed meter/permit zone and residential permits cost $190 per year.

While the city was considering new requirements in NW Portland, the city was wrapping up a multi-year Comprehensive Plan process. Portlanders for Parking Reform went on the offensive, organizing testimony to ask council to repeal the new 2013 minimum parking requirements as part of that process. In response to our efforts Mayor Charlie Hales introduced an amendment to roll back the parking requirements for projects which included affordable housing.

Testimony in support of this amendment came from bicycle and pedestrian advocacy organizations, members of a tenant union, a coalition of housing advocates, a progressive business association, and dozens of citizens. The amendment was adopted and the parking requirements imposed in 2013 were effectively gone.

In the years since, Portland has continued to explore and develop parking reforms. The city has approved a performance pricing policy for meters, is piloting innovative market-rate permit/meter zones, and is currently considering parking surcharges for traffic congestion and a citywide parking cash-out policy.  In March, transit proximity requirements for multi-family parking waivers were shelved and this spring the city granted schools and churches the right to build affordable housing on up to 50% of any existing parking mandated by their conditional use agreements.

Because advocates have educated and organized specifically around parking for years, there is a foundational base of citizens and organizations which can be counted on to support parking reforms and fight rollbacks of progressive policy. The script is flipped, for many Portlanders, more parking is not a positive community benefit and they’re willing to show up or write letters to oppose it.

Is your city next?

Do you want to see parking reform in your city? Whether you’re starting from scratch in a car-dependent suburb, or asking for improvements in a big city, the formula for effecting change is the same.

The Parking Reform Network exists to help you build a local organization and succeed in winning parking policy improvements in your community.  Join us and support this important work! 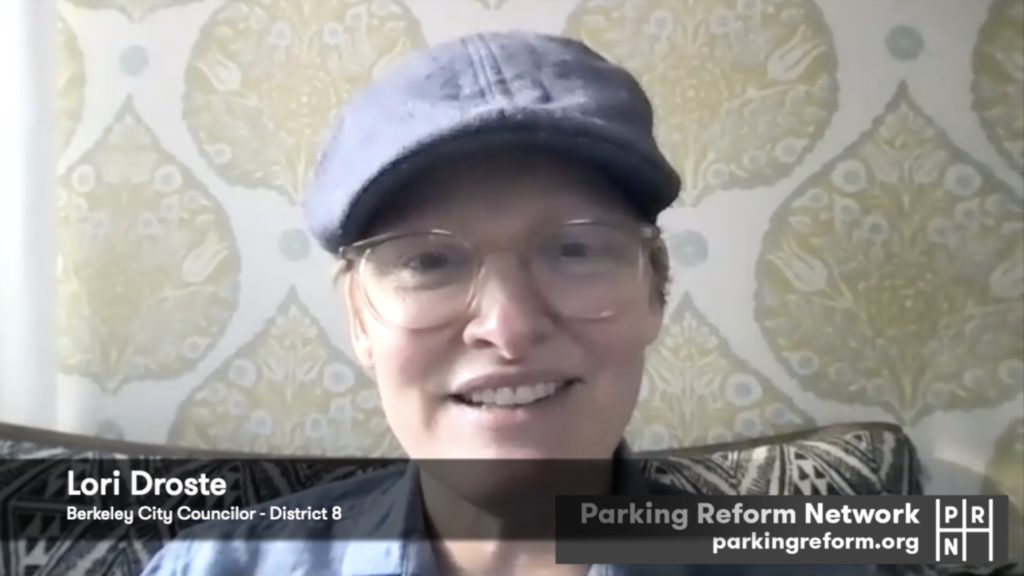 2 thoughts on “Portland has eliminated residential parking requirements, your city should be next.”