When I was a graduate student at Rutgers University in New Jersey where I studied city planning, I entered the program with a strong interest in transit-oriented development. I was excited to be going to school in a state with one of the busiest commuter railroads in the U.S. I loved the idea of living in a state where I could access reliable transit for everyday needs and not own a car. But I didn’t expect parking reform to be on the top of my list of my concerns.

My interest in parking started when a particular study caught my attention:  transit-oriented developments across the US were using less than half of the parking spaces they created to meet parking regulations. Instead of building much-needed housing, office buildings or retail on valuable real estate, much of the space just sat empty.

As someone who no longer owned a car, but rode buses, trains and bikes, this was a gut punch. I thought – why should cities invest millions in parking when so many can live comfortably without owning a car? Who gets to decide who pays for, and in effect subsidizes, the cost of driving a car instead of using a train or riding a bicycle?

So in 2018, when I learned that New Brunswick, NJ (home to Rutgers University) had a parking agency that was $390 million dollars in debt, I was shocked. The New Brunswick Parking Authority had been failing to generate sufficient revenue, and the residents of the city (about 35% of whom are under the poverty line) were on the hook if the agency ever failed to pay back their debt.

With some digging, I learned from community organizer and journalist Charlie Kratovil, that New Brunswick is home to the most parking decks of any city in the state! And so began my interest in understanding what exactly are parking authorities, and where they operate. Here’s what I’ve learned..

Parking authorities have a lot of power. Their members are appointed (not elected) by the governing body and Mayor, and have powers that exceed that of a basic public agency or a parking utility or parking department. They operate independently without requiring the direct oversight of the city government, and are not controlled by annual appropriations. They also can act as a city’s major real estate developer, have the power of eminent domain, and have the ability to buy, sell and/or lease property.  As an example, the map below displays all of the land parcels owned by the New Brunswick Parking Authority (NBPA), which owns important real estate in downtown New Brunswick. 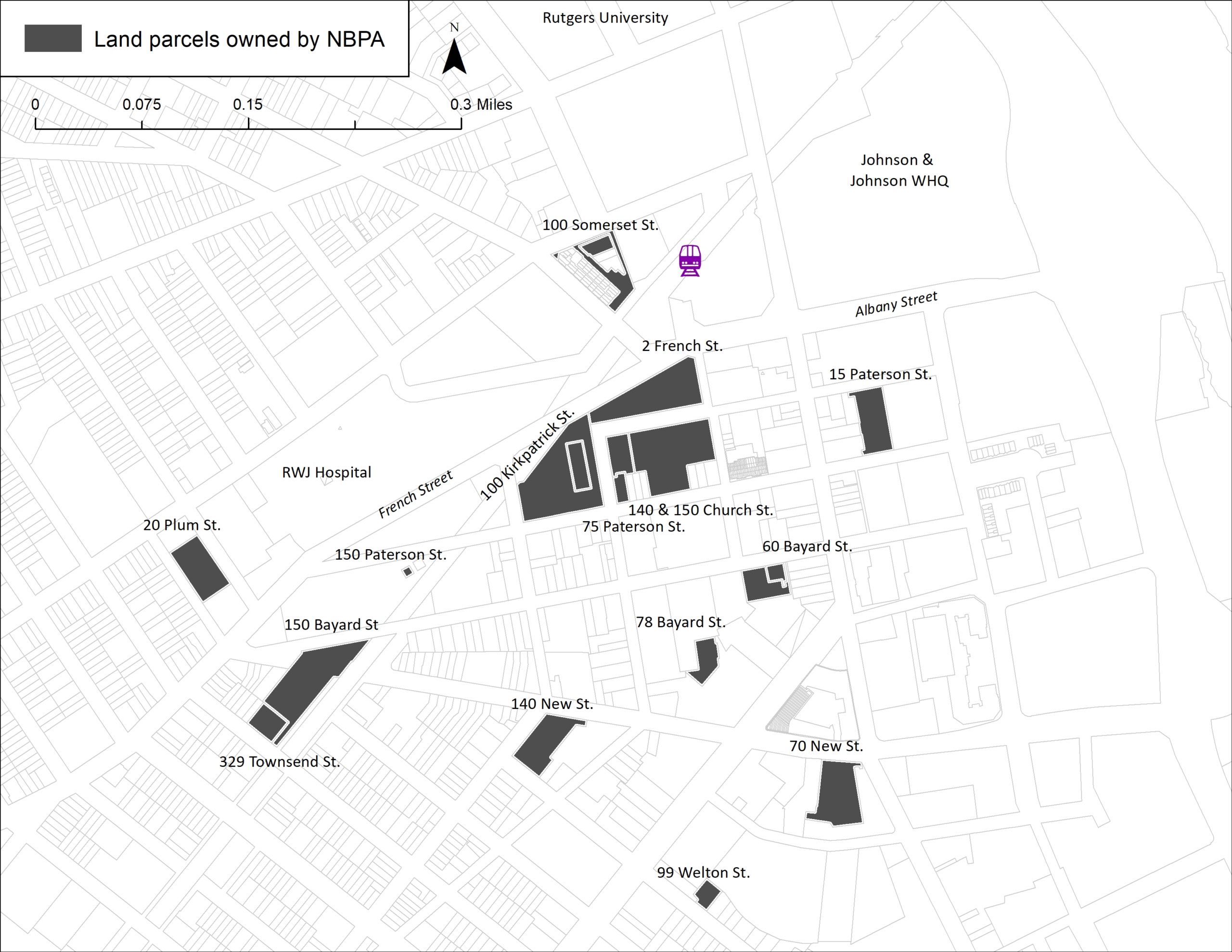 As an independent agency, parking authorities have been created to expedite construction and management decisions of parking facilities and lots and not be overridden by local officials or elections. For example, a parking authority could make the unpopular (not necessarily incorrect) decision to raise the price of parking on specific streets, or finance a parking garage in a busy neighborhood, to the ire of some residents. Parking authorities can shield elected officials from public backlash, for better or worse.

In a nutshell, parking authorities have enormous decision-making power and can be extremely influential when it comes to the urban makeup and transportation system of a city. However, a lot has changed about the U.S. and transportation since the 1960’s. For example, we now have more transportation options, have the option to work from home, or call for a ride with a smartphone.

In some cases, allowing parking authorities to have unchecked power has led to grim consequences including overbuilt parking and cities burdened with debt. In a worst-case scenario, parking authorities can contribute to a city’s bankruptcy. This was the case of Scranton, Pennsylvania, which defaulted on a parking authority bond in 2016 after falling to $300 million in debt. A primary driver for why Scranton (the same city for the hit show “The Office”) went bankrupt was the loss of their main industry (coal mining), while facing an eroding tax base and aging population.

A lack of accountability, transparency and mounting debt within parking authorities has caused residents of some cities to take control.  In some New Jersey cities (such as Jersey City, Montclair and Bloomington), residents decided to abolish their parking authorities as local studies demonstrated that residents would save significant sums of money. For example, Jersey City is currently saving about $850,000 a year in management / healthcare costs after merging their authority with the existing Public Safety department. The Board of Commissioners in West New York, the second-most densely populated municipality in the U.S. with a population greater than 50,000, voted to dissolve its parking authority in 2019 and transform it to a parking utility (which would have more government oversight) after a local study found it would save $429,000 in operations costs a year. In New Brunswick, long-time resident Charlie Kratovil ran for mayor in 2018 on a campaign platform which included abolishing its parking authority and replacing it with a local Department of Transportation.  And in what may be a first for a mayoral race, Kratovil announced his platform from a parking lot where he announced “parking relief is coming to New Brunswick”. In his campaign, Kratovil vowed to get the parking authority out of the real estate business, as the NBPA has failed to generate revenue from its real estate assets, including a major grocery store which shuttered its doors.

Another agency, the Philadelphia Parking Authority (PPA), gained national attention in the reality TV show “Parking Wars.” In recent years, the PPA has faced local and FBI scrutiny for corruption and siphoning of funds from the City and School District of Philadelphia.  Local outrage sparked a change.org petition in 2014, calling for the PPA to be fully controlled by the city of Philadelphia. In 2017, the state auditor general found that the PPA lost nearly $80 million in revenue for the underfunded Philadelphia School District. Following this audit, Governor of Pennsylvania, Tom Wolf, called for the State Legislature to abolish state control of the PPA. 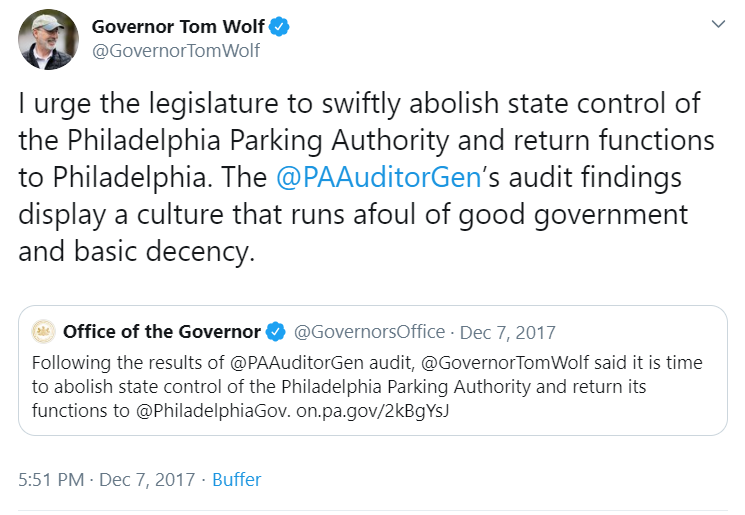 In May 2019, Philadelphia Councilman and Republican David Oh, tried to pass legislation to hand control of on-street parking and other functions to the city. However, the city’s lawyers informed him that if the resolution passed, the state would sue the city. So are Philadelphia’s parking policies at the mercy of state legislators, and not Philadelphia’s own residents?

In December 2020, Philadelphia City Controller Rebecca Rhynhart released an audit of the PPA which found that management salaries exceed that of parking agencies at all other major cities. In addition, the audit showed that political patronage is a problem, as a sample of PPA employees showed that 23% were politically connected. Her audit has heightened calls for transparency and accountability for the PPA’s budget. Rebecca Rhynhart shared her findings in this interview on WURD Radio.

If we are to be serious about parking reform, we need greater awareness of all of the political forces and institutions behind it, such as parking authorities. The public needs to understand who controls the levers of power not only at the local level, but on the state and regional level too. We need to know how parking policies can affect city budgets for education, transportation and other social services.

Do you know who controls parking policy in your community or region? Is it controlled by a parking authority or other entity?

If you’d like to support more articles like this and other resources for parking reformers, join the Parking Reform Network at parkingreform.org/join. 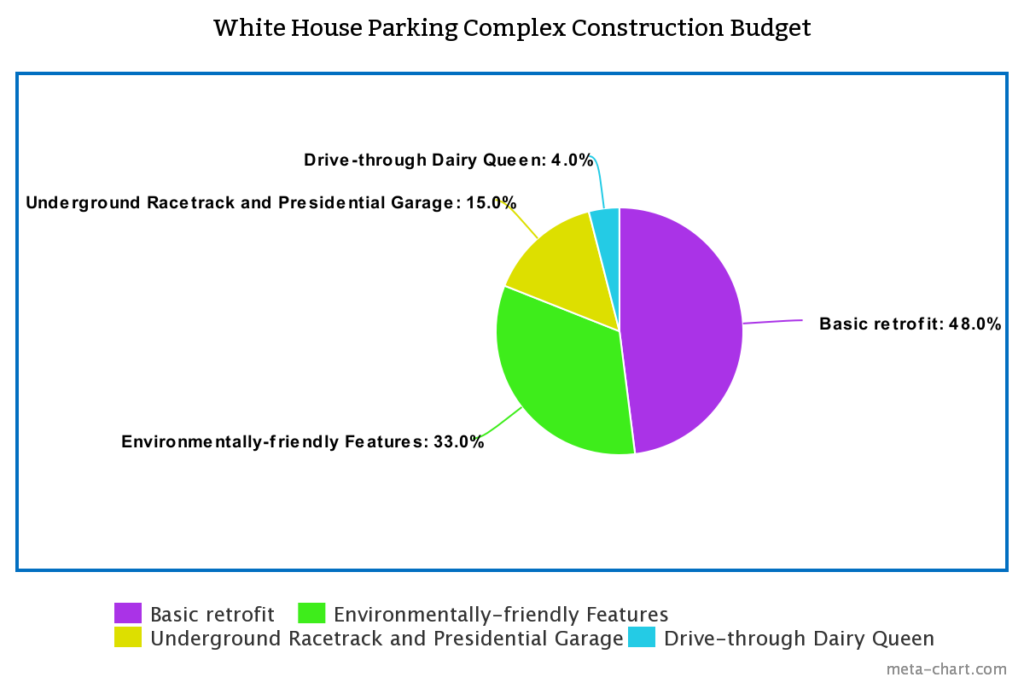 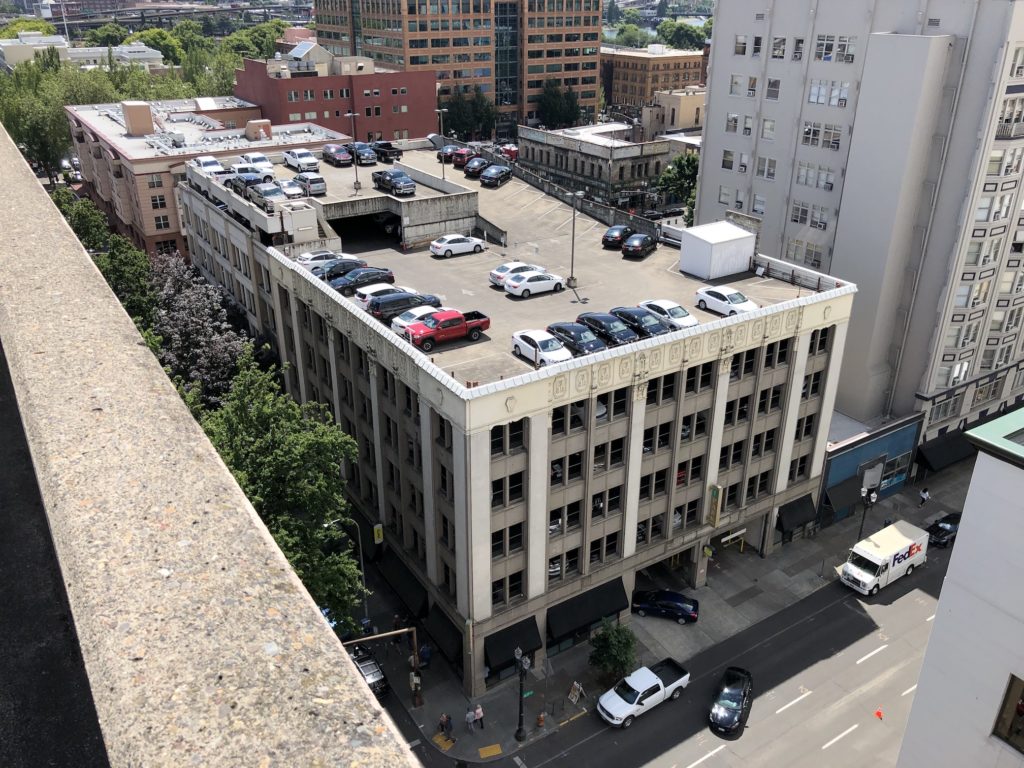 1 thought on “Are Parking Authorities Obsolete?”